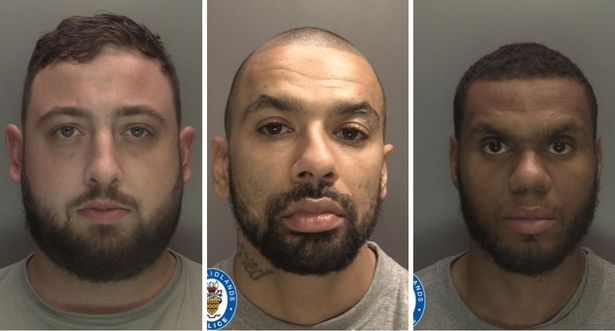 TWO men are facing jail after they stripped a dad-of-five naked and savagely beat him to death.

Callous Mark Campbell, 40, and Simmion Goldbourne, 28, launched the horrific attack on Carl Woodall, 44, leaving him with more than 140 injuries in a two-hour assault.

The pair repeatedly thrashed the mechanic’s body with weapons in the attack on June 28 last year at an industrial estate in the Black Country.

His battered body – which was attacked with a machete, a large knife and a wooden handle – was discovered by his son and his girlfriend.

Campbell and Golbourne were convicted of murder after jurors spend more than three hours deliberating on the verdict.

A third man, James McGhee, 28, was acquitted of murdering of Mr Woodall but was found guilty of manslaughter. 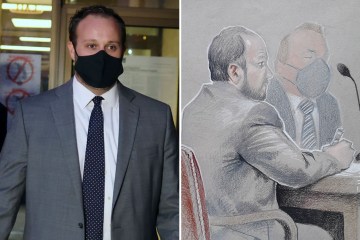 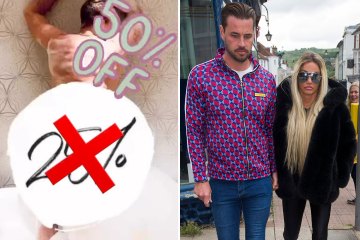 All three men, from Nottingham, are due to be sentenced at Wolverhampton Crown Court on Friday.

The three men had plotted to steal drugs they believed were secretly stashed in the unit Mr Woodall rented.

Self-confessed drug dealer Campbell had met Mr Woodall’s stepsons Cieran and Joshua while they all were serving time at HMP Birmingham in 2018.

He claimed he began drug dealing for Cieran after he left prison and that drugs were stored at Mr Woodall’s unit in Rowley Regis in the West Midlands.

The trial, which began on May 4, heard how a silver Nissan Qashqai driven by McGhee, 28, was captured on CCTV when it was in Doulton Road.

Passengers Goldbourne, 28, and Campbell, 39, were inside the car with McGhee at 1.15am.

A few minutes later, Goldbourne and Campbell were captured “looking around” the premises and “checking the access” before returning to the car.

The three men then headed in the direction of Mr Woodall’s caravan before Goldbourne and Campbell scaled a metal fence and entered the yard of the industrial unit.

McGhee was then said to have gone back to the car.

Goldbourne and Campbell entered the caravan, where the first assault took place before Mr Woodall was taken to the industrial unit where he was “severely” beaten again.

The get-away driver, McGhee, remained at the car for two hours until the other men returned at around 4.13am.

Campbell, in the witness box, told the court he had become involved in the brothers’ drug dealing activities and had even been put up in accommodation by Cieran so he could sell drugs in the area.

He added that on one occasion he stole half a kilogram of cocaine from Cieran’s home.

Campbell recalled having visited the Rowley Regis industrial estate on a number of occasions but said he would stay outside as Cieran collected drugs stored there.

He told jurors who he had met Goldbourne at a party, with the pair arranging to steal drugs from the unit, before McGhee was recruited to drive the trio.

All three men had denied murder ahead of the trial.

After the verdict, Mr Woodall’s son, Ryan, 22, who found his dad’s body, told the Express and Star: I will never be able to hold or see my dad again. I am feeling a whole range of emotions, anger, upset and frustration. I hope they will never get the sight of what they did out of their heads.”

We pay for your stories!

Do you have a story for The Sun news desk?